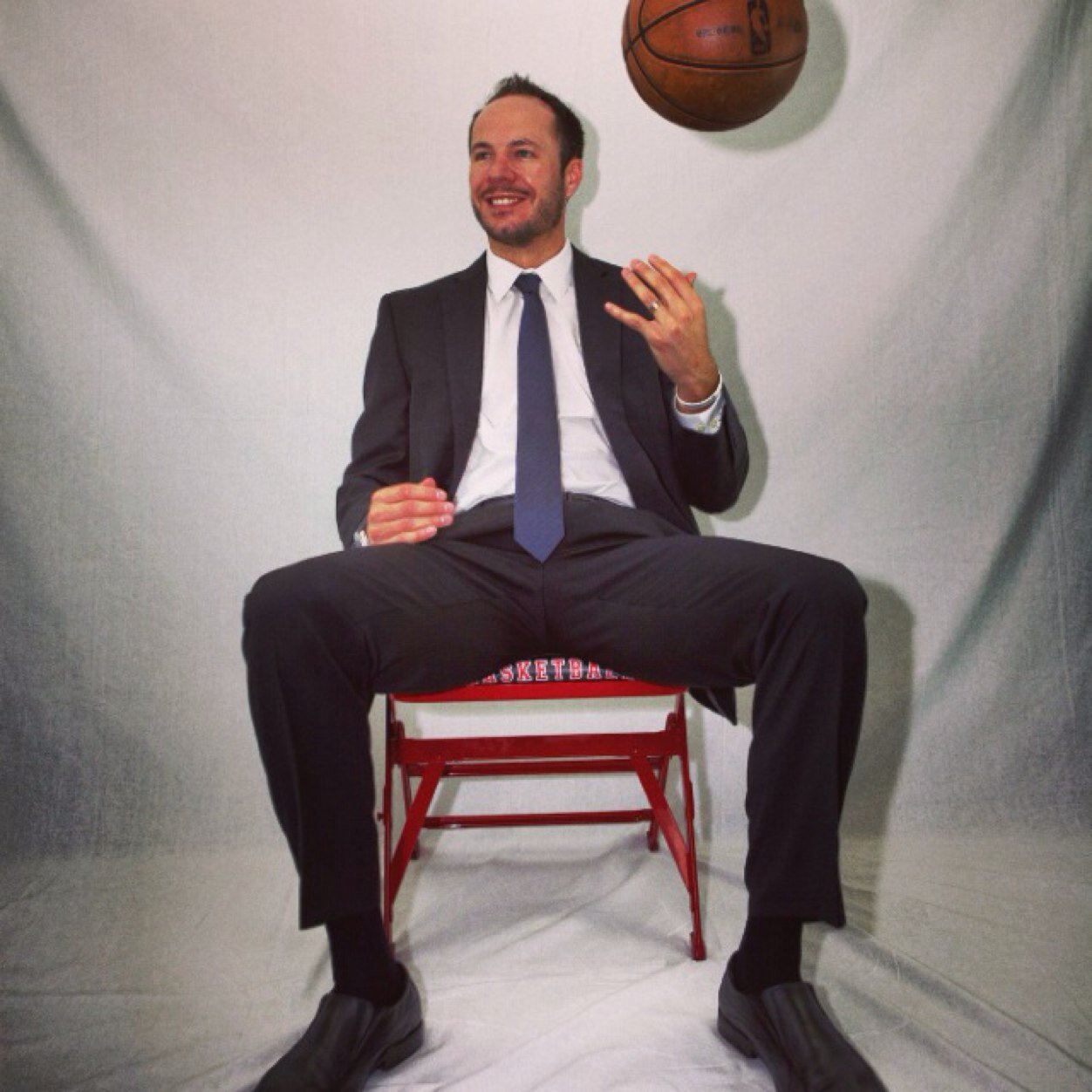 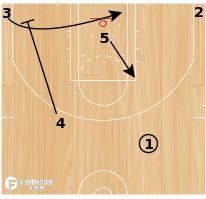 If the 1 pushes the 4 into a wide pin down, push action ensues. The 3 tight curls the 4, the 4 then pops back to the elbow and the 1 chases a DHO. If the HO is not there the 5 screens away for the 2 and the 4 goes DHO with the 2 at the opposite elbow. See More 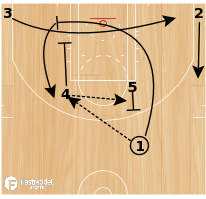 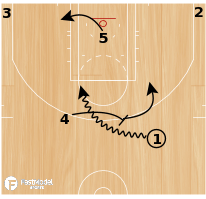 If the 1 puts up a fist this can indicate a 1-4 MPNR. Depending on your roster you can choose to always pop the 4 and dive the 5 across the lane or you can roll the 4 and pop the 5. Either way a kick back to the pop man brings the 2 up for a 2-5 Chase SPNR. See More 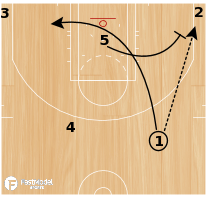 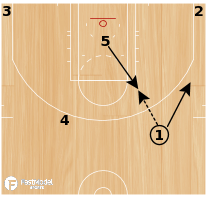 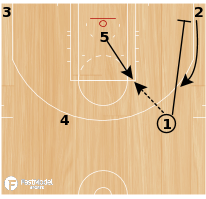 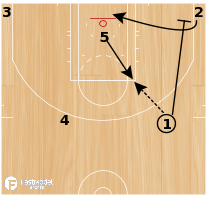 As the 1 selects the side to initiate and the 5 flashes to the elbow, the 1 hits the 5. Tight curl indicates that immediately following the entry pass a split screen takes place. The 1 sprints to the corner to screen the strong side corner guard. In the tight curl read, the 2 curls the screen from the 1 and sprints to the weak side to spot up. The 1 immediately pops back (above the break for spacing, or close the free-throw line extended) and the 5 goes DHO / SPNR /Dribble Pitch with the 1. At the same time as he two man game ensues, the weak side action takes place. If going with the 4 high, a wide pin down for the 3 takes place. If a keeping the 3 high, a fade screen for the 3 works well here (see Washington Wizards, Portland Trailblazers). See More 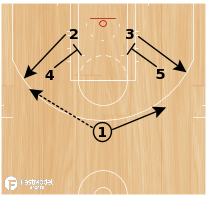 The first look typically begins with the 4 and 5 man free-throw line extended and the 2 and 3 under the basket. Each player can then pop out on their respective sides, using the down screens (pin downs) set by the bigs. See More 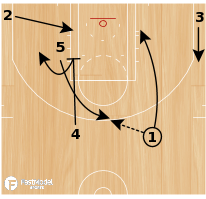 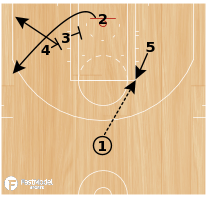 Our Floppy Drop is a great way to take advantage of a good post up guard. As the activated player uses the double pin down from the PF and SF the C flashes to the elbow. The PF then clears to the weak side corner, the SG settles on the wing while the PG hits the 5 at the elbow. The SF remains in the low post and looks to find deep postposition for a drop pass or easy score in the paint. This is especially effective when you have a height and strength advantage at the SF position. See More 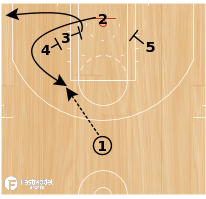 Floppy Chest has a few slight tweaks. As the guard comes off the pin down he curls to elbow much like the “flow away” look that results in an Angle PNR, with the corner filled. In this case we will look to empty the corner, thus as the guard curls off the pin down the second guard follows and fills the strong side corner, thus leaving the other side of the floor naked. On the elbow catch the weak side big then sets a flare screen on the PG who not only “flows away” but uses the flare screen and with then empty corner has much room to operate. See More 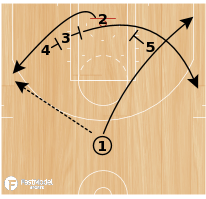 Floppy GO differs from Floppy GET in that the big who set the primary pin down will then continue to set a block to block screen for the weak side big. The weak side big then sprints to the SPNR, presumably with is defender unattached. The benefits of this are late or non-existent PNR coverage. Thus a good screen in the PNR will allow the wing to get to the middle of the court and cause a mismatch or present an advantage. See More 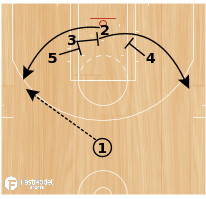 Punch indicates that after the small uses the pin down and receives the ball on the wing the big who set the pin down will post up. We then look for a post entry, after which team philosophies take over (cut through below the block, down the middle, split the guard or space). See More 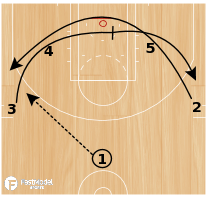 Floppy ran with Fist action indicates that the weak side big will sprint to the PNR. Thus after the small uses the pin down and receives the ball on the wing, the weak side big will be in full sprint to the SPNR. The big that set the pin down will then relocate to weak side dunker or elbow. If he relocates to the elbow and the ball is kicked to the flow away PG, the big can again set an Angle PNR. See More 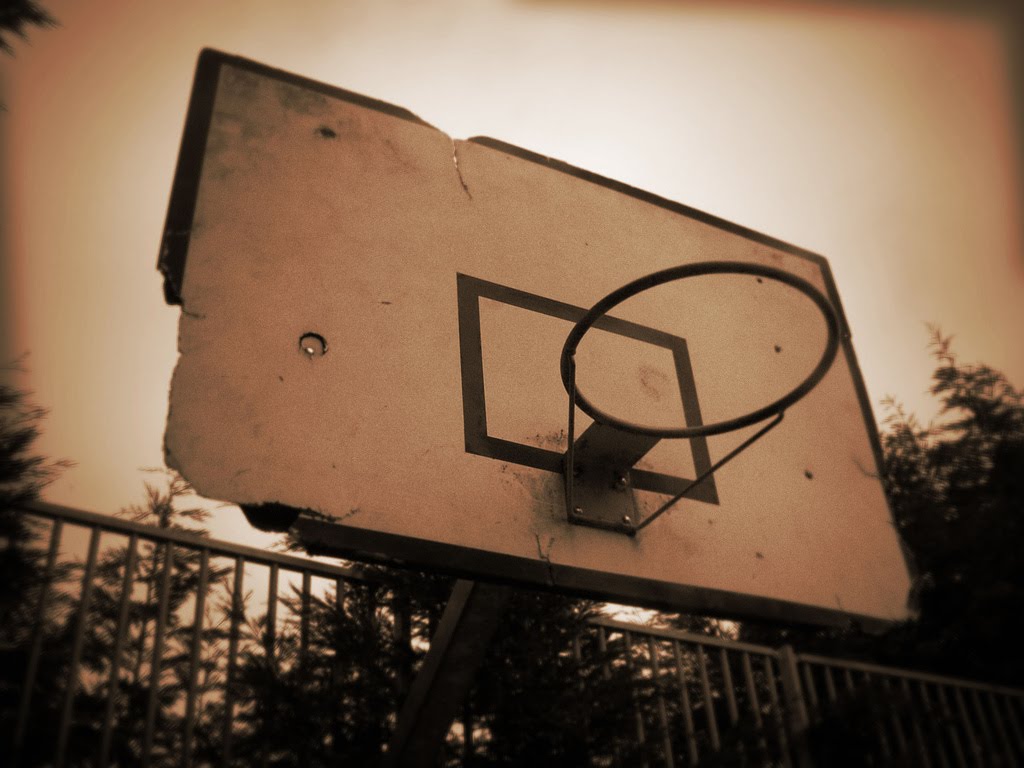 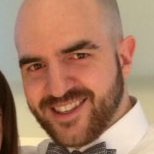