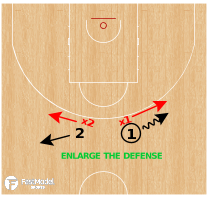 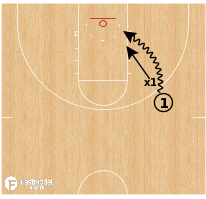 One of the best ways to develop individual skill is to play 1v1 against players that are going to challenge you. That being said, rolling the ball out and playing mindless 1v1 is not the best option to achieve one's desired outcome. What I will advocate for in this article is to play multiple variations of 1v1 games in order to grow one's skill and challenge oneself in a unique way. For a PDF of all the games and drills shown in this article (as well as a bonus drill), please click here. See More 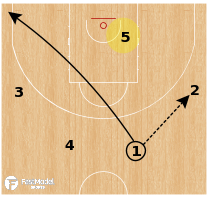 Within the system that I have been evolving over time, I realized the importance to have strong post action but also to have variation in what occurs off the post catch. We teach this action in various levels from U12s in Country Victoria through to our Junior National teams. With this idea, we now teach two actions relative to where the ball is caught, which i term "post zone". the catch being In the post zone or out of the post zone. In all of our teaching we have a strong emphasis of if it is 1 v 1 its on you to score, if you see 2 you must pass the ball, this is the same for our post players and a reason for having multiple cutters off the weakside. Australian basketball has followed the late clock philosophy of Europe with late penetration, out of post play we like to finish with either on balls on the seem or middle on ball, depending what post zone the ball was caught in. See More 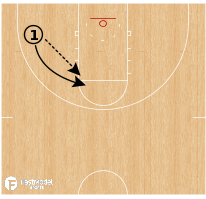 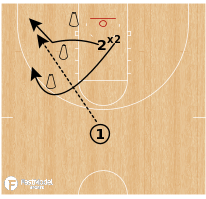 1 on 1 Down Screen Advantage

Here is a drill to use to teach using down screens while responding to a live defender. See More 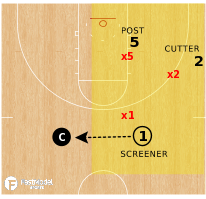 In this live motion offense breakdown drill, we are isolating a screener, a cutter and a post to learn the actions on a closed post side. Live play should include, down screens, flare screens, DHO, shallow cuts. Diagrammed below are concepts and elements involoved in 3-on-3 on a side For more on the step-by-step implementation of a motion offense... See More 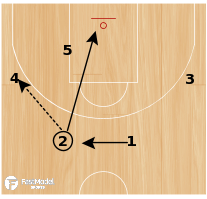 This is an action the Lakers used to run in their Triangle offense. With Gasol at the 4, he was a dangerous screen/slip option See More 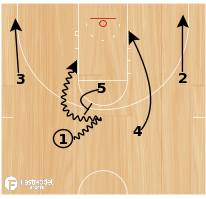 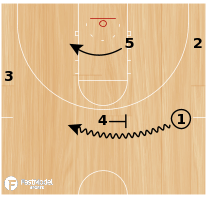 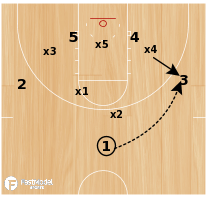 Here is a zone lob play used by head coach Jeff Culver at UCCS (University of Colorado-Colorado Springs). The UCCS Mountain Lions had an incredible season going 27-6 and winning the Rocky Mountain Athletic Conference Tournament Championship over Metro State. This play was used to get Derrick White (25.8 ppg) a dunk against a 2-3 zone defense. The play starts with the ball moving to the wing and back to the point guard. With White on the wing, a back-screen is set as he sneaks in behind the defense for a lob and a dunk. See More 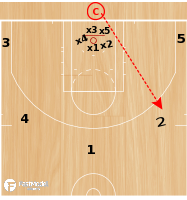 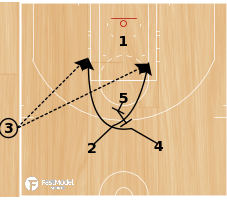 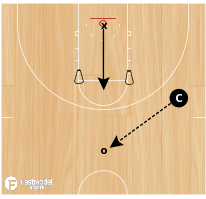 This 1 on 1 drill was used at the Robert Morris MBB Elite Camp (June 21st, 2008) by Mike Rice and Andy Toole. It is a great drill to put pressure on the offensive player by making them constantly attack the rim. See More