Greg Youncofski is in his third season as program assistant after joining the University of Cincinnati men's basketball program in July 2013. His duties include assisting the coaching staff with video work, recruiting and official visits.

Youncofski earned his undergraduate degree from Kansas University in May 2013 while working three years as a student-manager with the Jayhawks' basketball squad. Among his duties with KU, Youncofski supported the basketball operations director, managed all team practice and games, and assisted the coaching staff with scouting reports and basketball drills. 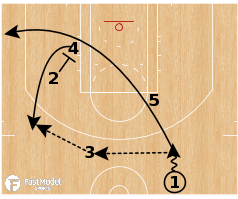 ATO the Spurs ran in the 2014 NBA Finals. The Warriors also run this out of timeouts. See More 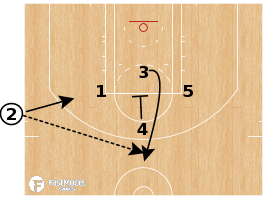 SLOB play for a 4 who can shoot or if you are playing small ball. See More 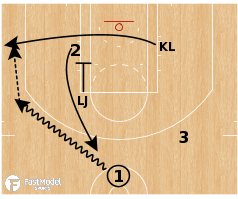 Great set to get the ball inside. This play completely clears out the weak side and the fade screen up top occupies potential weak side help. This is great action if the defense is fronting the post, as it gives a clear opportunity to throw the ball over the top of the post defender. See More 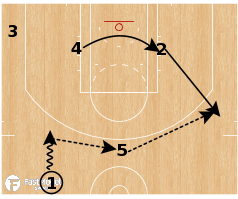 This set play gets the ball in the post first. The Clippers do a great job setting this up. When Redick first comes off of Jordan’s screen he acts as if he is going to screen for Paul, but cuts at the last second. This misdirection sets it up for him to come right back around off of the stagger screens. See More 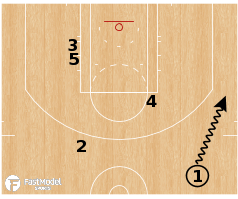 This action is great for teams with a scorer. Most teams are familiar enough with scouting reports to know where each player (especially the better players) is going to be coming off of screens. However, this action will force the defense to have to worry about going two different directions. By faking one way and going another, this can throw the defense off just enough to get your best player a clean look at the basket. See More 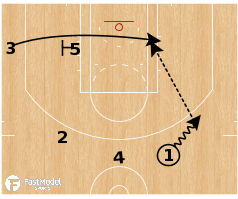 The Pistons ran this set out of a timeout. This set is effective for many reasons. First, they get the ball into the post which means everyone on the defense has to be ready to rotate to help prevent an easy basket. Next, the split screen up top on the strong side grabs X2’s attention because he has to be ready to stunt at 1 if X1 is late on the recovery/X1 and X4 do not switch. All of this action (the post up/split screen) sets the defense up for what Detroit really wants to get here—the hammer screen. Well-designed play with many options, including 5 on a slip. See More 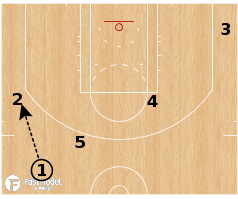 This set puts your point guard in a position to make a play off the catch. The quick rub screen forces X1 to have to help on 5 to prevent the layup, which then makes him late recovering to 1 on the ballscreen. If you are able to get a layup for the 5 man the first time you run it, that will set up the ballscreen even more for the second time you go to it. See More 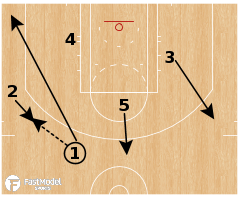 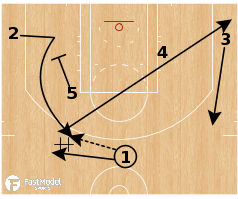 This is an effective set because it flips the ball right back to the point guard who can then attack the ballscreen off the catch. X5 has to help on a downscreen and then turn around and quickly help on a ballscreen. See More 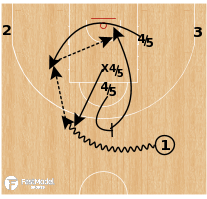 This is a very effective play against a team that will blitz/hedge out on the middle ballscreen. The ball-handler is not looking to beat his man off the screen, but instead is looking to hit the bottom big as quickly as possible. The ballscreener is looking to set the screen and then roll quickly to the basket to receive the big to big pass before his man can recover. Make sure one of your better passers is making the big to big pass. See More 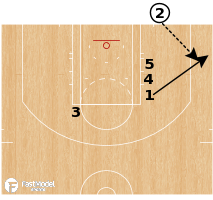 Innovative BLOB set by the Raptors. Most teams that run a double rip set usually run it for a bigger player. The Raptors run it here for a point guard. This can be a great action for teams who have bigger guards or who are looking to take advantage of a mismatch in the post. The Raptors have their 5 man set the first screen which is not an easy action to guard as majority of teams do not switch 1-5 and X1 has to fight over two screens. See More 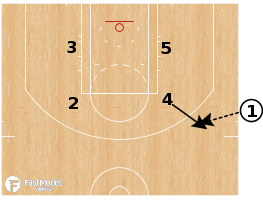 The Cavs ran this out of a timeout with LeBron James at the 4 and Kevin Love at the 5. The Pistons switched the 4/5 screen, but X1 did not switch off the downscreen quick enough to get to Love. He missed the shot here, but got a clean look. This can be a great ATO SLOB action for smaller teams/team with a big who can shoot. See More 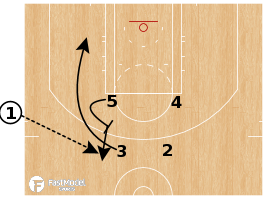 Another well designed SLOB from the Hornets. This play is effective because it has many options that the defense has to worry about. By having Jefferson catch the ball outside the three-point line, Batum has plenty of room to take the handoff and go all the way to the rim. By having so much action going on, no defender is just standing around waiting to help – everyone has to worry about their man. See More 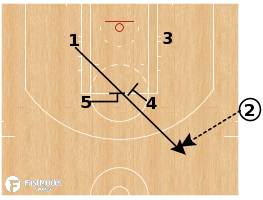 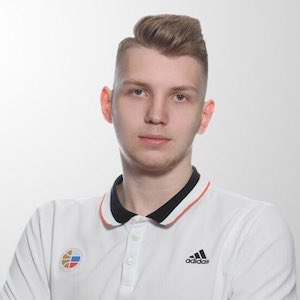