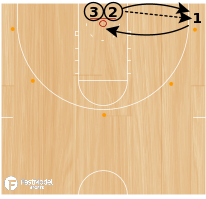 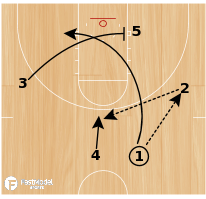 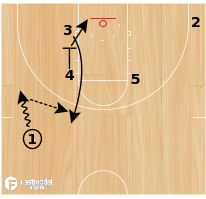 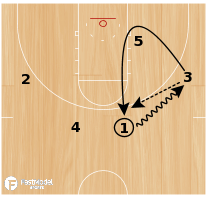 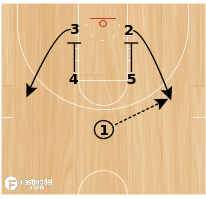 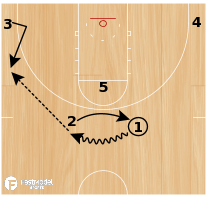 An easy way to get 2-3 ball reversals as well as an opportunity to cut across the defender's face (Face Cuts) for lay-up opportunities. This play loosens up the defense and provides multiple ways to score the ball. See More

Around the World Layups 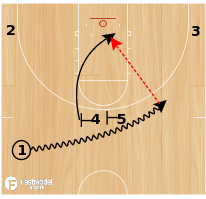