A good motion offense is hard to guard; all the while maintains good floor balance and spacing. This is done by cutting and replacing. Continuous blast cuts is a two line shooting drill that teaches just that. Our primary motion cut after passing off the top is toward the basket (aka basket cut). When that happens it is important to fill the open spot from the weakside with a blast cut. In doing so we like to emphasize the following:

On the catch, square up to the basket and look RPA (rim, post, action). This drill progresses through four phases:

This is a great team shooting drill to incorporate at all levels: elementary ages to professional! 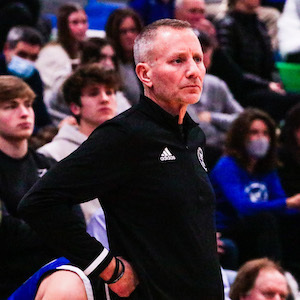