My name is Mohammad Dakhil but everyone calls me Mo. I bring 15 years of basketball experience at every level to this blog. I was a Manager with Santa Monica College and USC Men’s Basketball (1999-2005), and the Associate Head Coach at Santa Monica College Men’s Basketball team (2005-2006). After that I spent the following 8 years as Video Coordinator in the NBA with the Los Angeles Clippers (2006-2009, 2011-2014) and San Antonio Spurs (2009-2011). During my time in the NBA, I spent 3 off seasons as a member of the Australian National Men’s Basketball team (2010-2012) including qualifying for and taking part in the 2012 London Olympics.

Video Coordinators are responsible for providing coaches, players, and front office with film broken down for analysis. I was responsible for assisting coaches with preparing for our upcoming opponents, going over our own film, and assisting the front office with draft preparations. VCs also prepare film for the players to review whether it is their own play or who they may be guarding.

It is through my years of experience that I am able to provide a different perspective to viewing basketball. I have studied under some of the NBA’S best coaches like Gregg Popovich and Doc Rivers. I’ve been extremely lucky to have worked with up close hall of famers, NBA Champions, and MVPs like Tim Duncan, Tony Parker, Manu Ginobili, Chris Paul, Chauncey Billups, and Grant Hill. I’ve seen the growth of players like Blake Griffin, DeAndre Jordan, Patrick Mills, and Matthew Dellavedova. I also had the pleasure to work with 2014 Sixth Man of the Year, Jamal Crawford. I even got a shout out in his acceptance speech. 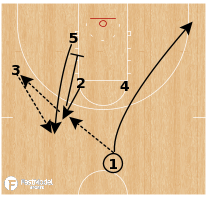 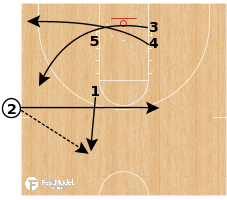 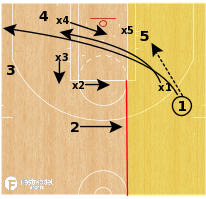 Rotations are extremely difficult to nail down and teams must drill constantly to make sure there is an understanding of who is rotating. The other factor that makes these rotations work is constant communication. The best defenses are constantly talking and communicating with each other. Another note when practicing the rotations, it is important to have all players practice every position in the rotation. It helps them learn what their teammates are doing but situations may occur where they will be in position. See More 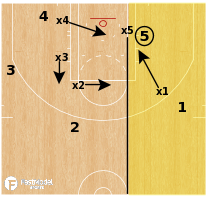 When a team has to double the post, there are a few different rotations depending how the offense plays off the post. For the first example we will assume the double team is coming from a guard. The first question is: which guard is going to double the post? See More 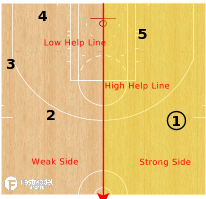 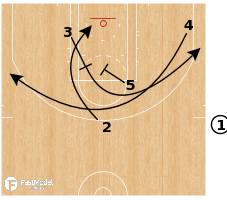 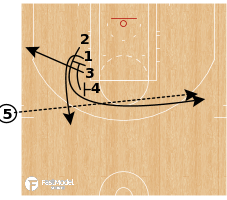 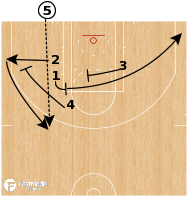 With 10.8 seconds left in the fourth quarter the Blazers were down by three and were inbounding the ball on the baseline. When the inbounder gets the ball, CJ McCollum darts out to the wing while Damian Lillard sets a screen for Al-Farouq Aminu and then runs to the weakside corner coming off an Allen Crabbe screen. Aminu comes off the Lillard pick to set one for McCollum who gets the pass from Mason Plumlee. The Pistons do not switch probably and McCollum drills a wide open three which forces overtime. See More 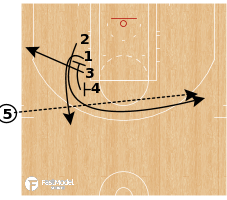 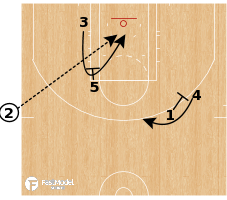 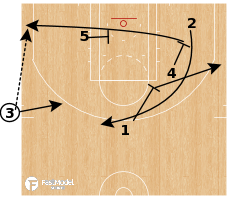 The San Antonio Spurs used this play against the Washington Wizards on December 2nd for a win. See More 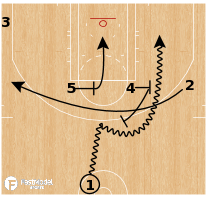 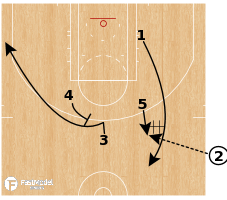 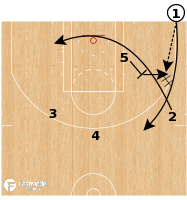 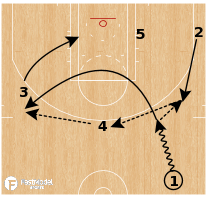 The play below is an example of a set that the Suns are running to get their third year center Alex Len an easy jump shot. Bledsoe brought the ball up the court and passed to TJ Warren and made a thru cut to the opposite wing. As Bledsoe cut thru the lane, Booker crossed paths with him on his way to set a screen for Len on the block, the ball is swung from Warren to Chriss and then to Bledsoe. As soon as Chriss made the pass he ran down to set a pin down screen to get Len open at the free throw line. The play was executed flawlessly and Len nailed the jumper. See More