- Adding a decision making component that holds player's 1 & 2 accountable to make a quick decision playing a 2-man game with player 1 attacking downhill from the slot.

- x2 starts in a defensive stance. As player 1 attacks downhill, x2 will either laterally push up the line or down the line.

- As player 1 attacks downhill, if x2 goes up the line (blue), player 2 will set up a back cut (red) baseline. Player 1 will make a lead pass (green) to player 2 for the finish.

- After either read made in the 2v1 portion of the drill, player 1 will space out to the corner after delivering the pass to player 2 (Player 2 rebounds their finish or shot).

- Once player 1 spaces out to the corner, x2 will guard player 1 and the coach (C) will have a ball at the elbow.

- Player 1 and x2 will play 1v1 off the dribble hand off action.

- As the coach dribbles towards player's 1 and x2, the coach will call out a command for x2 that adds a decision-making component for both players.

- As the coach starts get into the dribble hand off with player 1 lifting up, the coach will call out a color or number.

- If a COLOR is called out, x2 is to guard the DHO by going under.

- If a NUMBER is called out, x2 fights over the top of the DHO. 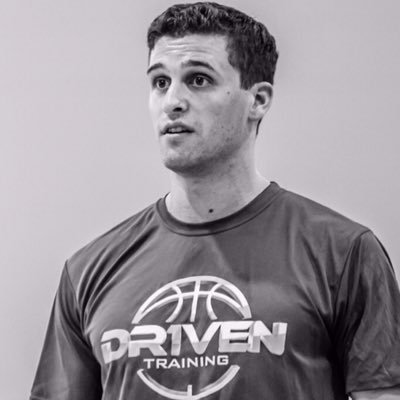