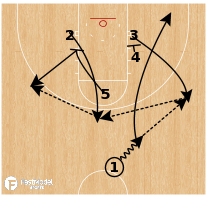 3 drift to the wing for the catch from 4's pin. 1 makes the pass and cuts through to the short corner as 5 pins for 2 and fills the opposite wing. The ball is swung around to 5. 4 sets a backscreen for 3 and then a stagger screen with 2 for 1. 1 catches and reverses to 2, who is flaring out from the stagger screen. See More 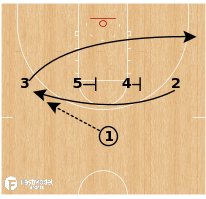 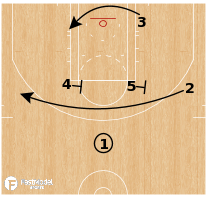 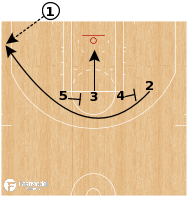 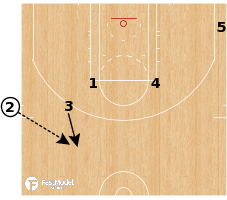 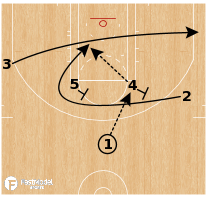 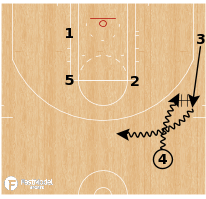 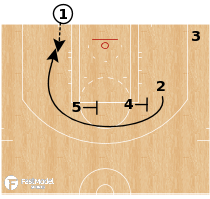 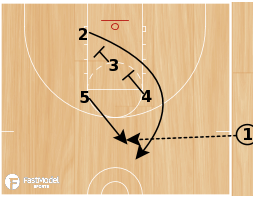 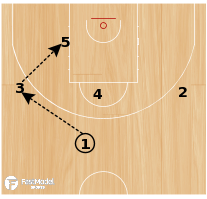 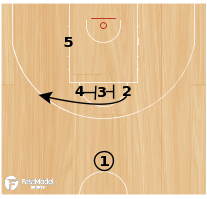