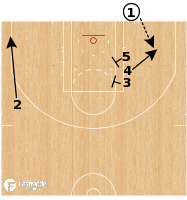 BLOB run by the Golden State Warriors in Game 4 of the 2017 NBA Finals. Green, Durant, and Iguodala were stacked up on the lane and Thompson was on the opposite wing. Green and Iguodala screen in for Durant who popped to short corner. The play resulted in Durant getting fouled on a shot. See More 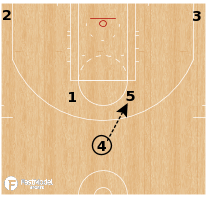 The Cleveland Caveliers ran this ATO Horns set during game 4 of the 2017 NBA Finals. It resulted in a wide open three point look for Lebron James. See More 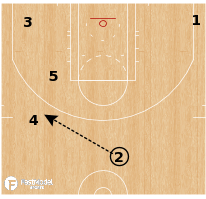 The Cleveland Caveliers ran this ATO in the second quarter of Game 3 of the 2017 NBA Finals to get Lebron an open driving lane to his right hand. See More 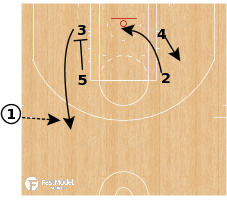 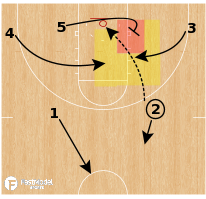 Examining some of the recent trends in offensive rebounding concepts. The weakside flood was made famous by Illinois coach Brad Underwood. The triangle concept is a more traditional approach. The abandonment concept is a new trend that many colleges and NBA teams like the Nets, Hawks, Spurs and Warriors have implemented. See More 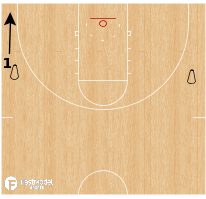 Shooting drill to work on shooting on the move. Kyle Korver is one of the best shooters in the NBA at shooting after sprinting off of a screen and relocating after a drive. See More 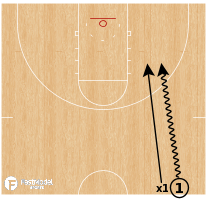 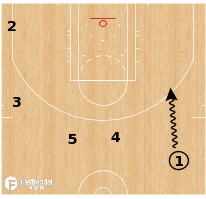 In game 1 of the 2017 NBA Finals the Golden State Warriors ran double drag on back to back possessions. The first time Steph Curry came off of the double ball screen and got a wide open three pointer. The second time they ran it, the Caveliers switched the first ball screen and Kevin Durant rolled to the hoop. Curry passed back to Green (the 5) and dumped it into Durant in the post where he got fouled. See More