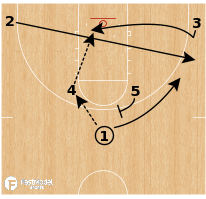 Phoenix Suns - Clear Out Back Cut 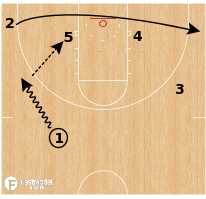 Boston Celtics post entry screen the screener action for a layup. Could also be run to get an open look for a shooting forward. More from Kevin Bruinsma: Utah Jazz - Defensive Game Plan See More 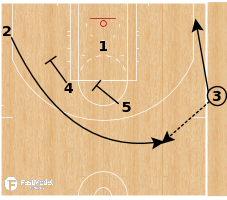 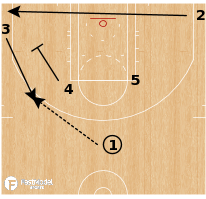 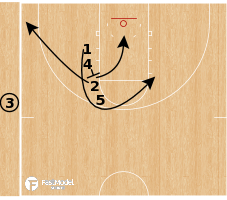 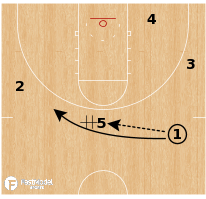 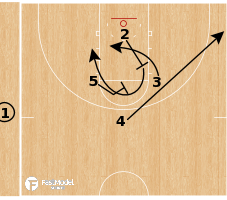 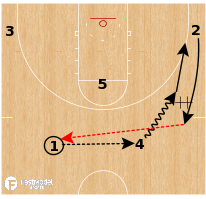 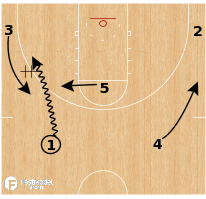 John Beilein's Two Guard offense is full of beautiful action and full of endless possibilities. You really need a dynamic 5 man who can shoot and force the defense to spread. This is a simple misdirection action to create a double driving gap. We are using this more and more since the way the game is officiated, and the rules are designed guarding the ball one on one with space for them to create is one of the hardest things to do defensively. If you are interested in learning more of the Two Guard offense, and getting a TON of quick hitters out of it I recommend Tom Jicha's dvd from Championship Productions. Ironically, I have never watched Beilein himself teach this, but we play several teams that run this offense and when run correctly with a big that can stretch the floor you are in for a long night defensively. See More 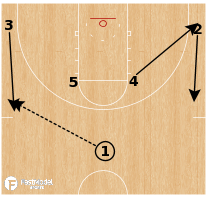 The University of Houston runs an incredibly effective offense. This set is designed to get a mismatch and the ball in space with shooters surrounding him. Michigan switched this defensively, which for most teams in the country a 1 to 5 or 1 to 4 ball screen would present serious mismatch problems. If defense does not switch, there is either a layup, three, or long closeout to be had. See More 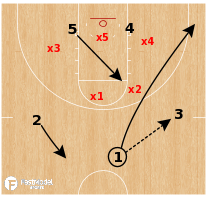 UCLA ran this concept-based zone offense in their First Four matchup against St. Bonaventure, putting their best player (1) on the baseline and giving him different options to cut behind the zone. When the ball gets to a side one of the post players cuts to the high post and the other one stays low. This overloads the offense, putting 4 offensive players against 3 defensive players in the zone. When the ball is reversed up top, 1 has options to run the baseline or flash to the high post. If 1 receives the ball in the high post, 4 and 5 seal their defenders looking for a pass to the rim. 2 and 3 flatten out to the wings to create a better passing angle for a kickout three point shot. See More 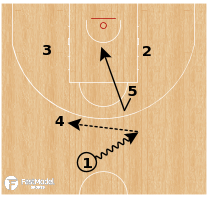 Misdirection into a spread pick and roll ran by Spain at EuroBasket 2017. 3 screens down for 5 into a ball screen to make the defensive coverage late. 3 then clears to the right corner to create a spread look. See More 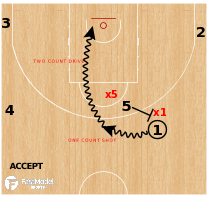 Some "solutions" to defensive coverages from the Spread Ball Screen Alignment. See More