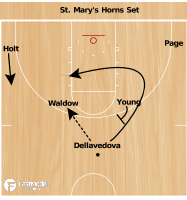 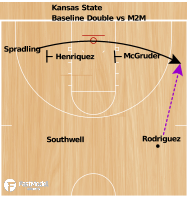 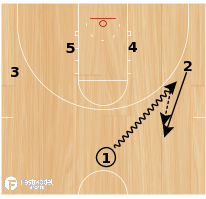 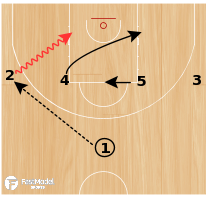 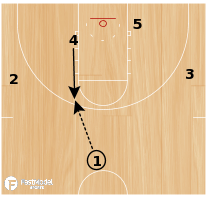 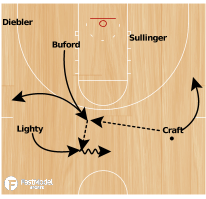 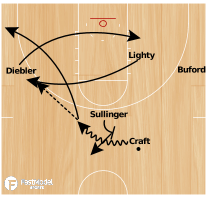 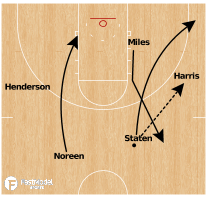 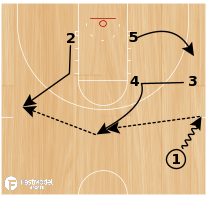 This play was run by Missouri Southern in their pre-season game against Missouri. It is a good set to get your PG free off the Shuffle Screen action. The key to this play is for the 3 man to get open off the rub cut using 4 as a stationary screen. See More 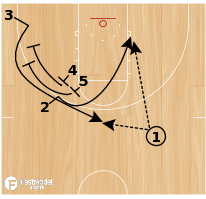 This is a great set that create a ton of movement. See More 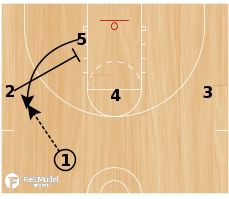 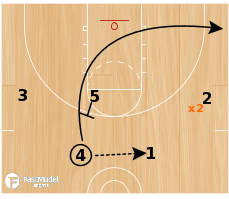 Here is a 2nd quick hitter in the IBCA Playbook from a Chin Series by Rich Czeslawski at Crystal Lake Central HS. This play can be run as a counter to Chin 51 Kick when the guard to wing pass is denied. See More 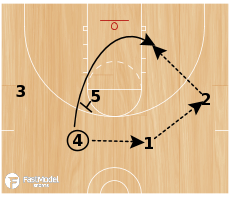 This IBCA Playbook quick hitter is part of a Chin Series from Rich Czeslawski at Crystal Lake Central HS. It is important for 1 to set up the screen properly and be ready to shoot on the catch. See More