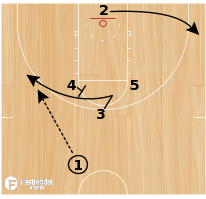 The Indiana Pacers loved to run #24 Paul George off the Iverson Action or Zipper screens to get him open. Here after running off #21 David West's Iverson screen, he gets a ball screen from him. The key to this action is everyone clearing out on the ball screen as the 5 ducks in to the middle of the paint. With #21 West's shooting ability and #24 George's ability to create, score, and make plays more often then not the opponents in this case the Miami Heat will switch the bigs sending the 5 man's defender out to defend the popping 4 man. This leaves the 5 man with a guard dropping down on him. #55 Roy Hibbert did an unbelievable job of getting to the lane and sealing a smaller 2 man here. See More 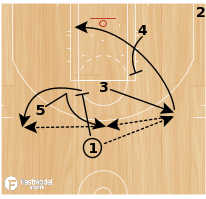 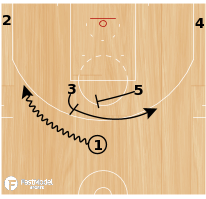 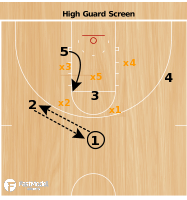 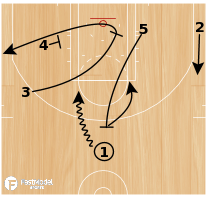 NBA Play of the Day May 24: San Antonio Spurs Hook Out

Last night in their exciting Game 2 matchup with the Memphis Grizzlies in Game 2 of the Western Conference Finals, the San Antonio Spurs ran this pick & pop action to open up the floor with several options to score. As I have preached quite a bit recently, I love screening bigs into pick & rolls. What makes this play so special is that it allowed Duncan to pop to the elbow for one of his go-to shots. Additionally, the Spurs screened in for hot shooting Danny Green for a possible look from the deep corner. Not only did this screen for Green give them another scoring option, but it took some of the help out of the paint in the even Parker turned the corner to get to the rim. See More 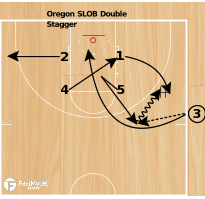 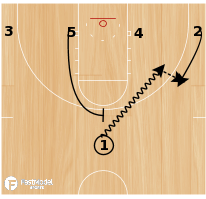 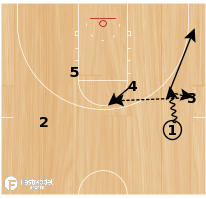 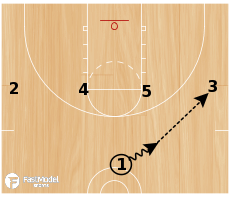 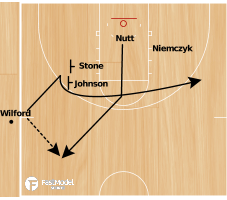 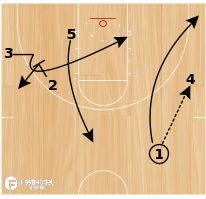 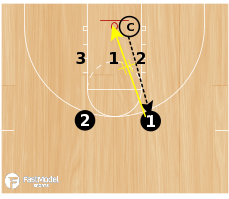 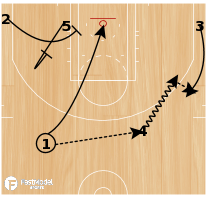 This set was run by the Chicago Bulls in the 2006-2007 season. This set works best if your point guard can shoot the ball. The play is designed to get your wing in an isolation postion off of the hand off from 4, and if he can't create his own shot, he has the point guard coming off a double screen for a three point shot, or his shooting guard coming off of a single screen for a midrange or three point shot depending on how the defense is playing. See More