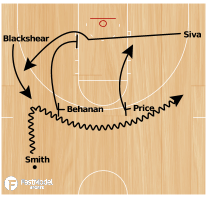 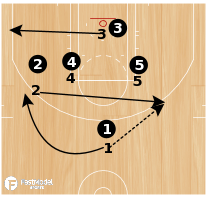 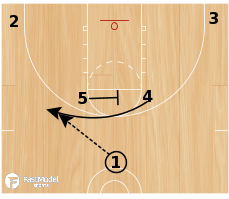 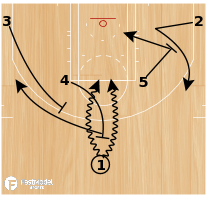 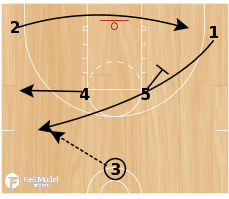 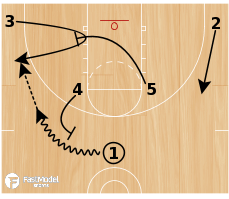 This half-court Horns set from the NHSBCA Playbook is a great way to isolate your post player and create scoring options on either side of the lane. See More 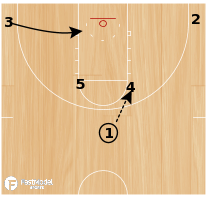 An interesting way to get into Americas Play with the 1 man slipping the down screen in the corner into the cross screen. Could be really tough to guard if timed right. See More 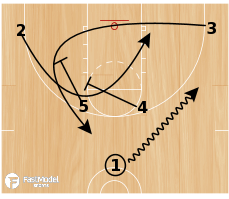 With shooters like Juan Carlos Navarro and Rudy Fernandez, Spain likes to run this action to get them open for jump shots. See More 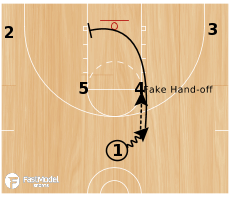 This play is great to get the ball to the block while keeping the other team's post away from help and also sets up an easy elbow jumpshot. See More