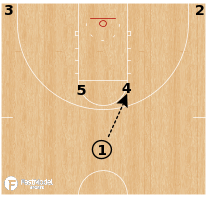 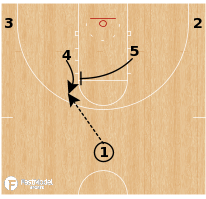 This is a great set that we have seen many NBA teams run, namely the Cleveland Cavaliers utilizing LeBron James as the screner. T he proximity to the rim and the pace with which Kansas runs it makes it even tougher for the defenders to talk their way through defending this action. I love that the Jayhawk bigs casually jog down before popping back up the lane lines quickly to start the defense out of step. On the FMS Blog: NCAA Preseason Top 25 XsOs - Teams 1-5 See More 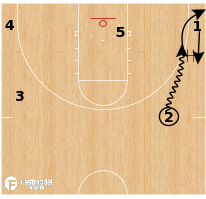 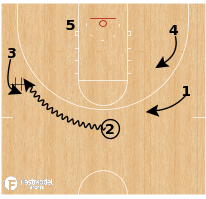 Dribble weave into a flare screen to get the PG a shot or space to create a shot for teammates. The Mountaineers are ranked #13 in the 2018-19 preseason AP poll. Blog Post: NCAA Preseason Top 25 XsOs - Teams 11-15 See More 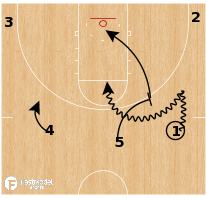 The Seminoles ran an early transition slot PnR and flowed into a 4 out 1 in motion. The motion had dribble drive concepts, ball screens and player movement that ended in an open drive and kick 3 opportunity. The Seminoles are ranked #17 in the 2018-19 preseason AP poll. On the FMS blog: NCAA Preseason Top 25 XsOs See More 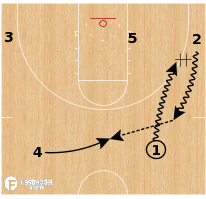 This set has a lot of tight moving pieces but ends up with a very hard to guard ball screen especially, if you have a dynamic guard like Marquette did in Rowsey last year. More on the FMS blog: NCAA Preseason Top 25 XsOs Click to view all plays by Coach Dave Nedbalek! See More 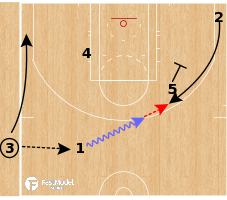 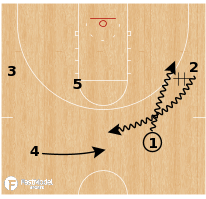 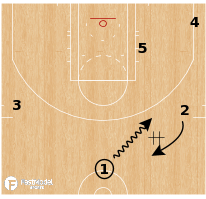 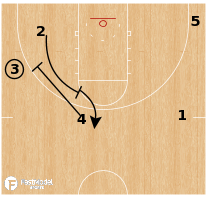 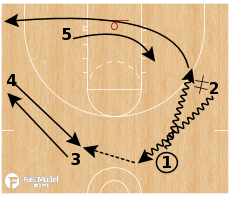 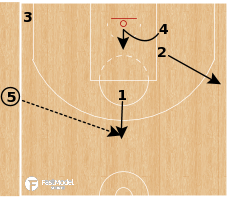 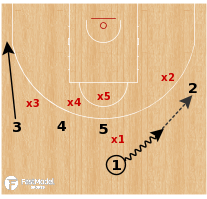