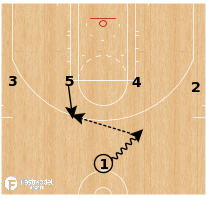 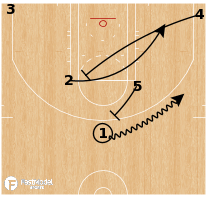 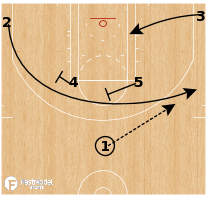 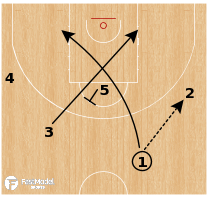 Cross Screen option out of Pinar Karsiyaka Head Coach Aleksandar Trifununovic's iteration of Spurs "Motion Weak". Karsiyaka run this to get DJ Kennedy in the post but it can be used with a big. Karsiyaka will mask this entry by having the 5 start on the FT line and set back sreens before flashing for the reversal. Play can also end with an empty corner PNR instead of a post up. See More 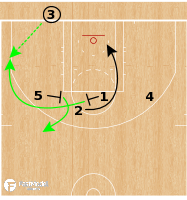 Boston's Brad Stevens is a master of ATO's and OOBs'. This BLOB is designed to get a shot or drive for Jayson Tatum or Jaylen Brown. See More 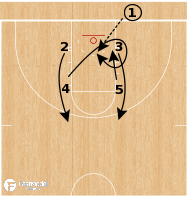 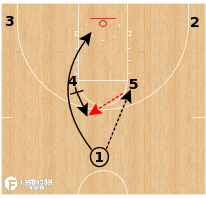 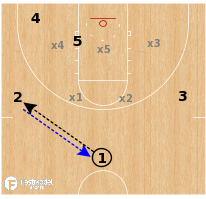 Most teams typically screen one of the top defenders in a 2-3 zone defense. This set play involves screening both top defenders, allowing a guard to drive right down the middle of the lane. More KU XsOs on FastDraw Chalk Talk See More 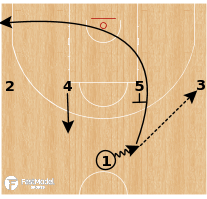 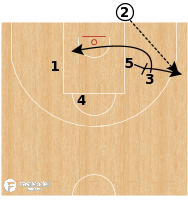 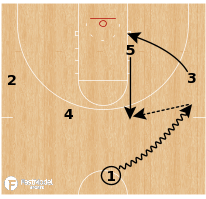 Wisconsin ran this play late in the second half of their 2017 NCAA tournament game against Florida. Down 7 at the time, they were looking for a three point shot. The Badgers used misdireciton to set up the elevator screen by starting the play on one wing and swinging the ball to the opposite side of the floor. The ball movement caused the defense to shift and relax.1 then cut through the elevator screen from 4 & 5 to receive the pass from 2 and get an open shot. Blog Post: Offensive Actions Breakdown - Elevator Screens See More 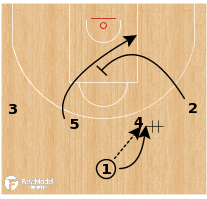 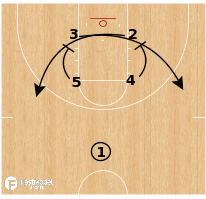 This is a disguised entry into 21. Defense is about positioning so getting any defense out of the position they are familar guarding an action out of automatically begins putting them to the test. This is only the entry into the 21 offense. If you have not seen that yet I recommend checking out my diagram of it here You can also run this action from the 1-4 High 21 Entry to combine two wrinkles to throw at the defense. See More