I recommend starting this drill 1-on-1 first. Start with one rebounder (X1) with their head just in front of the rim and the first offensive rebounder at the elbow opposite the coach with the ball. Place the rest of the team in a line; they are all on offense. Once the coach shoots the ball, X1 must block out 1 and rebound the ball. The play is not over until X1 has secured the ball. The only way for X1 to get out of the drill is to make five consecutive stops (The offense cannot rebound the ball). The number is interchangeable but five is a good starting point.

War (2-on-2) really encourages a more competitive team atmosphere. Divide your players into two teams and put four minutes on the clock. One team will go to the baseline and the other team to the top of the key. Place a coach at the free-throw/1-point line area with a ball.

The clocks starts once the coach shoots the ball. X1 and X2 are responsible for blocking out 1 and 2 respectively. If the defense rebounds the ball, they receive one point. If the offense rebounds the ball, the drill is not over; they must score in order to receive a point. At this point the drill is still not over, the offense should attempt to grab as many rebounds as possible and score as many points as possible. The drill is not over until the defense secures the basketball.

Once the buzzer sounds and the current group finishes, keep the scores up on the board and flip offense to defense. Put another four minutes back up on the clock and start the drill again. Remember, the team now on offense was just on defense and vice versa, so make sure you are still giving points to the correct team. (i.e.: If at the end of the first four minutes the offensive team {Team A} scored 11 points, once they become the defense their first defensive rebound would get {Team A} 12 points and so on).

If there is a high intensity level, keep the drill going and go through another session. Once you are satisfied with your team’s effort tally up the scores. Let the winning team grab water first while the losing team runs. 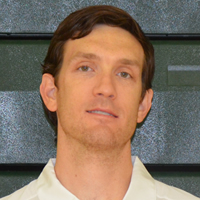