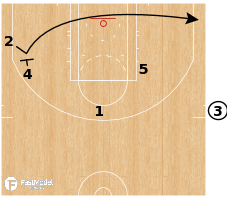 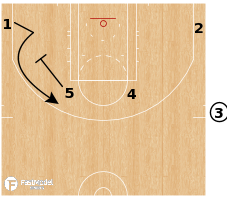 The San Antonio Spurs summer league team ran an End of Game (EOG) play to beat the Warriors at the buzzer with a lob to Jonathan Simmons. The play showed how teams could take advantage of defenses that hard hedge (when the screener’s defender steps in the path of player coming off the screen) or switch off ball screens. Kyle Anderson is tasked with inbounding the ball, in the stronger side corner is the Spurs best shooter in DeJounte Murray. His job is not to move from that spot and keep the floor spread. Bryn Forbes is in the weakside corner and it appears as if CJ Williams and Simmons are setting a double staggered for Forbes. As Forbes comes off the first screen, Simmons’ defender jumps out early to hedge on the screen and make it a difficult entry pass to Forbes. As soon as the defender hedges Simmons slips right to the basket without ever setting the screen. Anderson throws the lob but it is a little off target but Simmons uses his athleticism to catch the ball, gather himself and goes straight up to score over the defense. Even if the defense switched in this situation Simmons would have the superior position as he has a direct lane to the basket and there would be no one in between him and the ball. The play above is a great example of a team slipping a screen to take advantage of teams See More 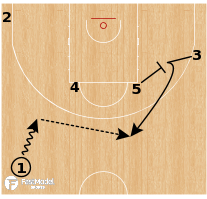 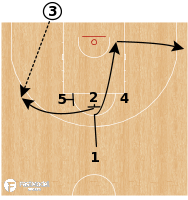 This part of 3 different iterations of the same baseline out bounds play Australia ran vs France. See More 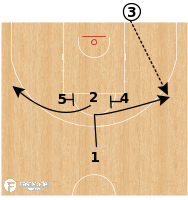 This is the 2nd iteration of Australia's baseline outbounds series. See More 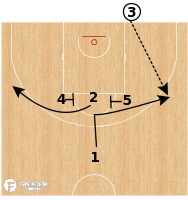 The 3rd iteration fo the Australia's baseline out of bounds series. See More 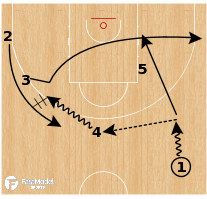 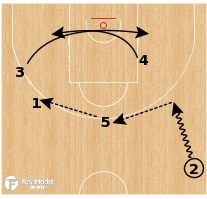 This simple set Australia ran, is a great way to set up a lob action for your bigs. See More 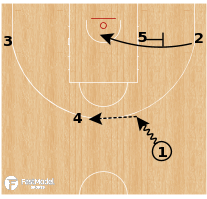 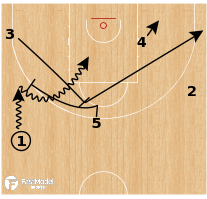 Australia ran this set to get their point guard an easy look off of a side pick-and-roll action. See More 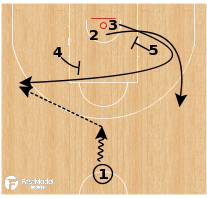 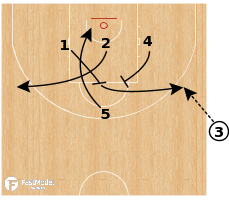 The 2 pops to the weakside wing. The 1 sets a back pick for the 5 and gets a screen from the 4 in a pick the picker action to get him the ball on the strong side wing. Immediately on the catch the 1 drives baseline. The 5 sets the hammer screen to bring the 2 to the corner. The 2 can also cut on the inside if his defender jumps to the outside to take the corner away. The 4 can set a screen for the 3 as well. See More 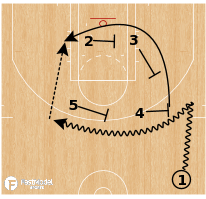 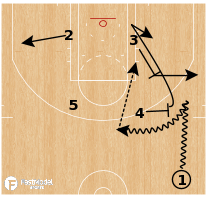 The 1 dribbles down the sideline, comes off 1-4 side p/r. After setting the pick, the 4 comes off a screen from the 3. If the defender goes over the top of the screen, the 4 immediately posts on the right block. The 3 pops out to the wing. If the 1 can throw the post entry pass or send it to the 3 for a better passing angle. See More