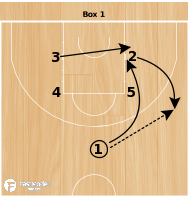 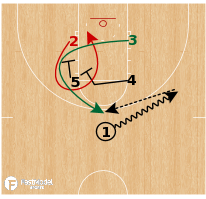 The Louisville women's basketball team is a 1-seed in the NCAA Tournament. Coach Jeff Walz runs some terrific box sets. This is a really good three point set, that also features the ability to throw the ball inside. They ran this in their second round match-up against Michigan. See More 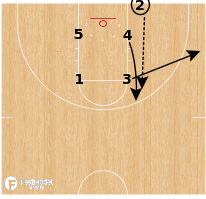 Bill Self seemingly has an endless number of out of bounds plays, commonly using box sets and 4 low sets. This box BLOB is designed to get a shot for the inbounder off a pin down screen. More KU XsOs on FastDraw Chalk Talk See More 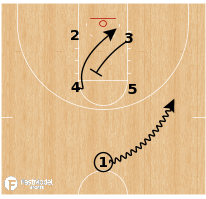 I'm a big fan of the old school box sets, and Roy Williams has a great one here. The point guard dribbles to the right as 3 sets a back-screen for 4 at the elbow. The defense has to respect this screen, and before they know it you're hitting them with a staggered down-screen for your shooter. See More 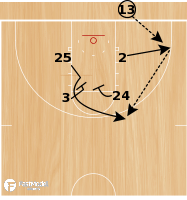