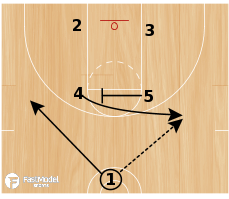 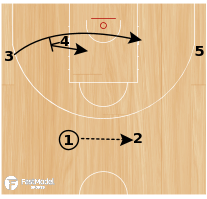 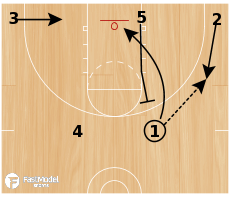 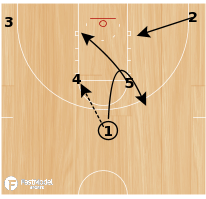 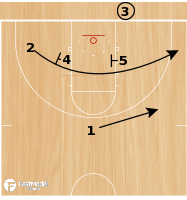 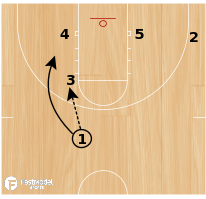 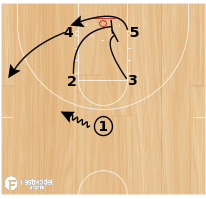 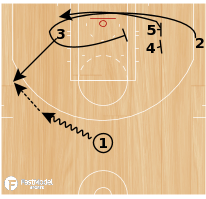 Tuesday morning during their NBA Orlando Summer League game the Boston Celtics ran this post up action for Kelly Olynyk. What I love about this plays is usueally teams post up the player where the 3 is after 2 tries to rub into X3. But since X5 has to sit outside the lane or touch 5 this is a great set to run in the NBA because the floor is spaced for a nice post up on the block. See More 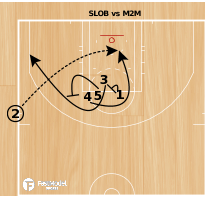 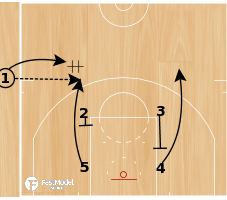 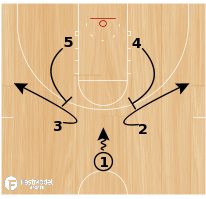 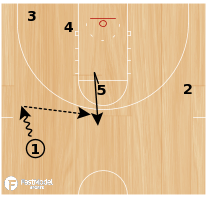 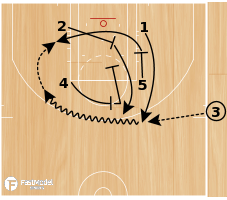