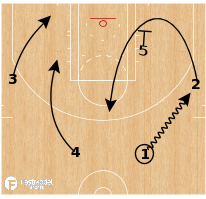 Click here for the full Loop series from KJ Smith! On the FMS blog: The Top 25 Plays of 2018 See More 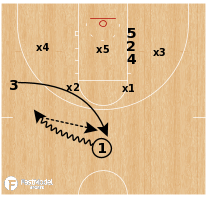 This is a great set to overload the defense. We teach our guys daily to create triangles against the zone. This set puts the defense in a bind of who to guard. Video included after the diagrams. FMS Blog: Maui Invitational - Top 10 Plays See More 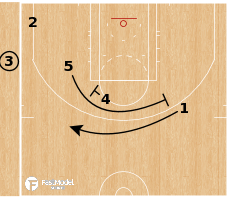 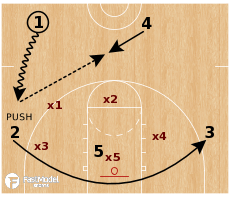 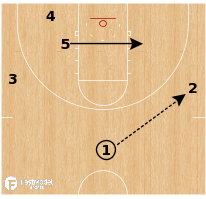 Overloading against a zone can be overwhelming for the defense. Indiana coach Archie Miller uses these two overload actions to create a 1 on 1 matchup with his bigs vs the middle of the zone. 1: In the first video clip, the wing defender is confused on who to cover and leaves the corner wide open. 2: In the last clip, the wing tries to split the wing and corner offensive player, leaving a 1 on 1 in the post, which is exactly what the Hoosiers are looking for. On the FMS Blog: Gap Creating Cuts to Enhance Your Offense See More 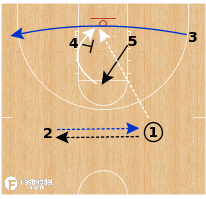 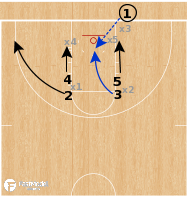 A potentially electifying play against a 2-3 zone from the Seton Hall Pirates. See More 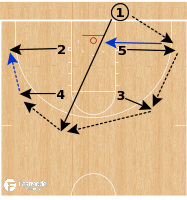 Looking for a zone BLOB? Get a corner 3 out of this box formation. See More 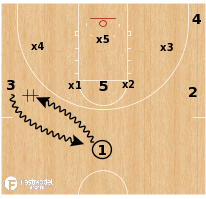 I am not convinced this is a set play but I do love this action that led to the outcome. Marquette does a great job of creating triangles with defenders and gaps in their zone offense which puts the defense in decision situations where they will be wrong regardless of how they cover it. More on the FMS blog: NCAA Preseason Top 25 XsOs Click to view all plays by Coach Dave Nedbalek! See More 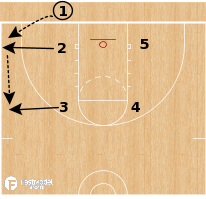 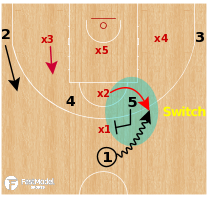 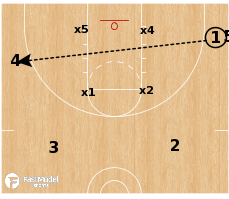 Read more about this and other drills on the FMS Blog... Pre-Practice: Setting the Tone for Success See More 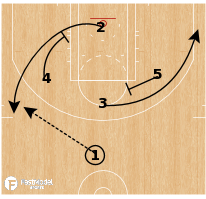 Action that includes flare screen/down screen combo to get into a high ball screen look. This set works against zone defenses as well by screening the outside of the zone and slipping to the high post and short corners respectively. See More 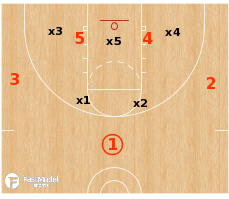 This play is an overload that can work against any type of zone, but is especially effective against the 2-3 and 3-2. Jr. Wizards Coaches Manual See More