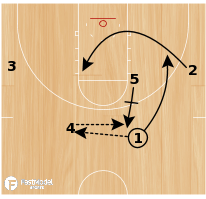 Today's FastDraw Play of the Day is "Fist". Get a stagger post up with this play. See More 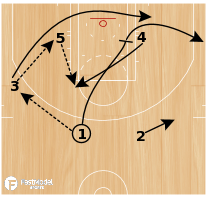 Today's FastDraw Play of the Day is See More 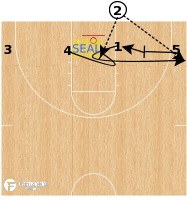 With 8:32 left in the first half, Kent State ran this BLOB for a quick two against UCLA. The 5 man ended up screening his own man as well as 1's man, and it led to a poor closeout and an eventual putback off a missed pull-up by 1. There are multiple post options as well, with 4 sealing after the initial screen and a postup after the second of the staggered screens from 5. See More 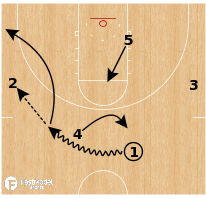 Virginia Tech ran this action early in their game against Wisconsin. The dribble handoff followed by the immediate ball screen makes it difficult for x3 to get through. x4 & x5 have to provide help which gives 5 the opportunity to seal his man for a postup opportunity. See More 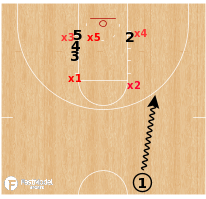 This zone offense quick hitter is designed to create a quick overload situation putting the defense in a difficult position. It is hard for most zone defenses to have the bottom defender guard the opposite corner. This play requires that they do exactly that, otherwise give up an open 3 or 1 on 1postup on the block. See More 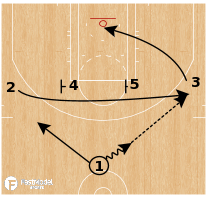 The Goldens State Warriors ran this play during the third quarter of their preseason game against the Los Angeles Clippers. The screen the screener action gave them opportunites for a postup for 4 and a look at a 3 point shot up top for 3. See More 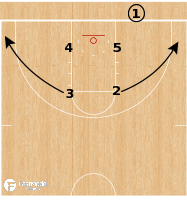 This set isnt run smoothly in the clip attached but again, you can see the action setup. The backdoor cut to finish the set isnt run very intentionally here but I think is a great counter with all of the fixation on the shooter coming off of the stagger and the help being occupied with that. More on the FMS blog: NCAA Preseason Top 25 XsOs Click to view all plays by Coach Dave Nedbalek! See More 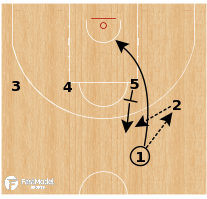 Decoy post-up action off of the flex screen to get 2 an open shot off of the wide pindown on the weakside. See More 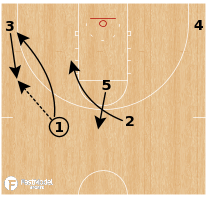