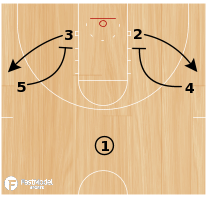 This set leads into the Power continuity offense. Bigs pin down for 2-3 on block to free them on wings. Ball passed to 3, 1 down screens for 4. Pass reversed from 3-4 then 4-2, as 4 down screens for 5. Action continues until a good shot presents itself. See More 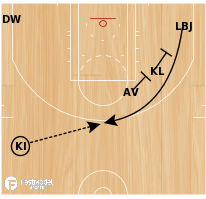 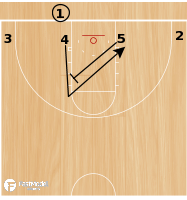 Thanks to Ben Asher (@Ben_Asher) for the heads up on this fantastic BLOB LOB run by Dayton at the Puerto Rico Tip-Off. Have any great sets you want to share? Tweet them to us @FastModel See More 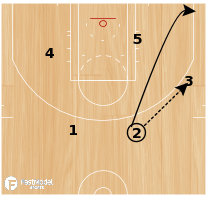 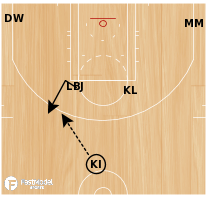 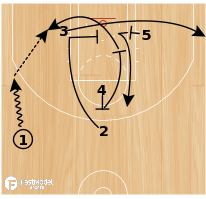 Last night during LeBron James' homecoming, the Cleveland Cavaliers ran this action to start off their game vs the Knicks to kick off the 2014-15 season. Running LeBron to the weak side put more attention on the pin-down for 5 (Varejao) as the Knicks thought the action would be going to James' side of the floor. However, the Cavs sneaked in 4 (Love) behind the rim off a cross screen and was able to seal his defender for an easy catch and score. See More 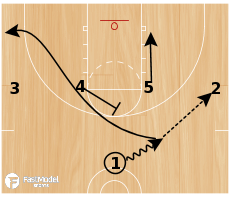 Here is a 1-4 set and Quick hitter that can get you a good look late in the game. It gives you an option to get the lay-up or shoot the three depending on what shot you need. See More 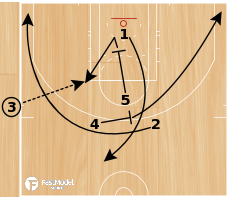 This sideline out of bounds play is one that Eddie Jordan ran while coaching the Washington Wizards. If you need a 3 pter, 2 and 1 are obviously your first options. However, if you just need a simple score, look to hit 5 flashing back to the ball. If 5 can really seal around the rim this is a great look if you have a skilled big. Furthermore, if 5 is forced to catch in the elbow area, another option could be 4 trying to go backdoor for a lay-up. See More 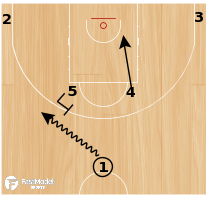 The 2014 FIBA World Cup allows the world to see some of the best coaches and players compete against each other. Croatia ran this Horns flex action for a layup against Argentina. See More 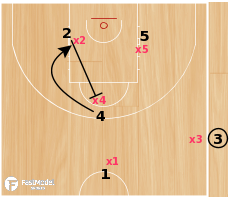 New Zealand used this sideline out of bounds against Team USA in pool play of the FIBA World Cup. This belongs in your coaches' toolbox especially If teams switch screens. This play creates a nice mismatch near the basket. The Kiwis posted up the power forward and Steph Curry was helpless. See More 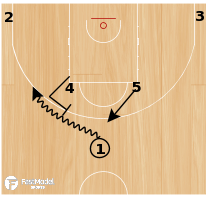 Team USA opens up the FIBA World Cup 2014 against Finland Sunday August 30th. Finland is currently ranked 39th in the world. However, they have been playing excellent basketball this summer. Here is an impressive High-Low play they executed out of a Horns set against Lithuania earlier this month. See More 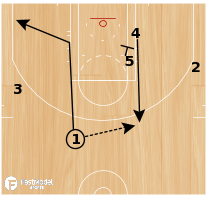 This Cleveland Cavaliers' coach David Blatt set is poetry. Everybody gets involved. The ball touches both sides of the floor- simutaneously breaking down the defense. What is great about this play is the backdoor cut is always open. Also, this is a fantastic offense to practice in the preseason. It will help your team read the defense a lot better and look for different ways to score. See More 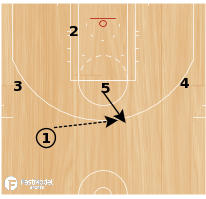 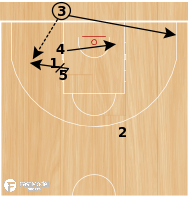 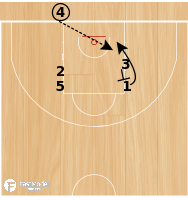