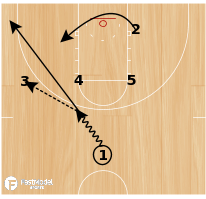 For this play make sure your 2 man is your best shooter. He has to use a misdirection cutting to the ball side block when 1 passes to 3 to set his defender up for the double stagger. Your 3 and your 2 have to have the right timing of 3 not coming off of the screens early so 3 does not have to throw a cross court pass. This play is from the 2010-2011 Houston Rockets season. See More 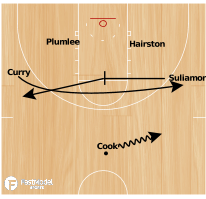 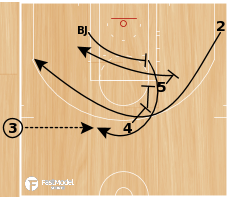 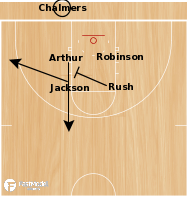 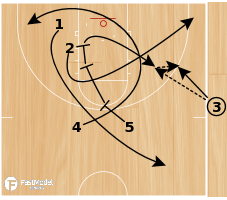 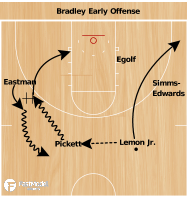 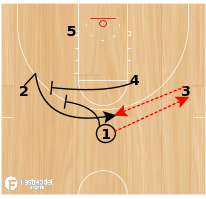 This set is one that a conference rival ran on us for a lob dunk. It happened early in the game and we did not do a good job of defending their screening action. Fortunately, we did a much better job the next time they ran this set, and we were able to force a turnover. See More 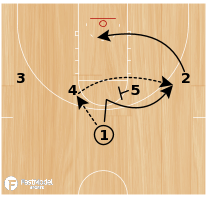 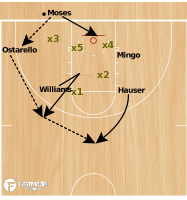 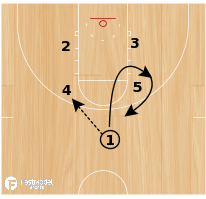 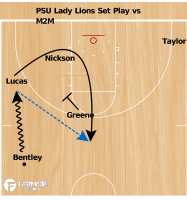