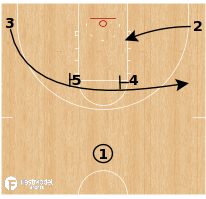 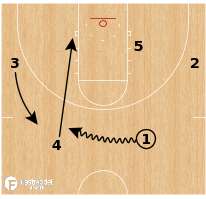 This is a great set you can run for a stretch big man who can step out and shoot the three. Have your wing look to slip to the rim if he doesn't see a body between him and the rim. See More 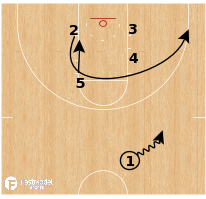 - 5 walks his defender down to the block and 2 cuts through to the opposite corner. - 3 fakes a screen towards 5 and cuts hard to the top of the key and receives the pass from 1. - 4 cuts to the elbow. - 5 cuts to the elbow to receive the pass from 3. - 3 cuts through after making the pass. - 4 back-screens for 1 - 1 sets his defender up then turns and sprints back up to the top off of a down screen from 4 for a shot. See More

The University of Michigan scored off this backdoor set vs Florida in the 2019 NCAA Tournament. See More

The University of Michigan used a 1-3-1 press break against Florida In the 2019 NCAA first round, for a score. See More 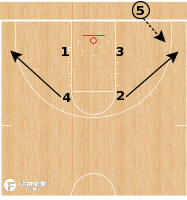 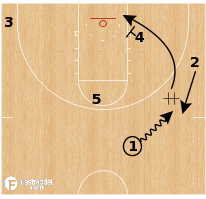 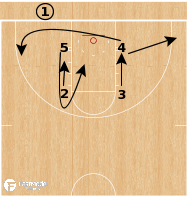 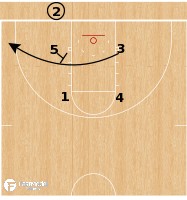 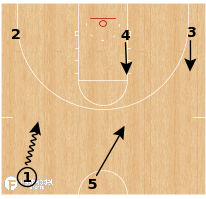 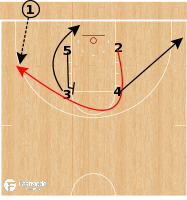 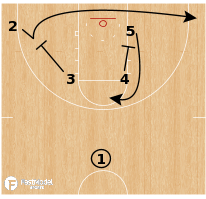 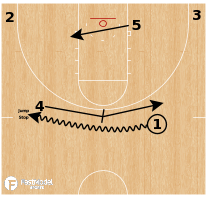 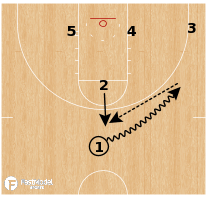