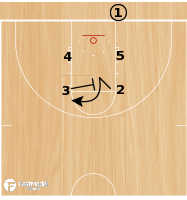 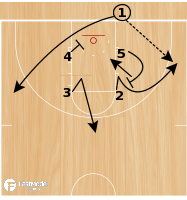 BLOB out of a box set Teaching points: 5 must get wide to set arc screen for 2 3 must time their cut with the entry. Don't cut too soon! 4 sets pin screen for inbounder then looks to bury their man and posts up Team is set to run offense on entry...no "set it up" needed. See More 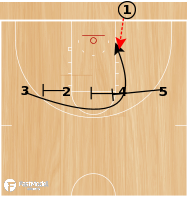 BLOB set that can be effective and difficult to guard with multiple staggered screens. See More 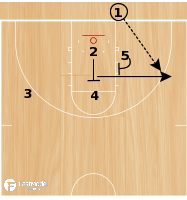 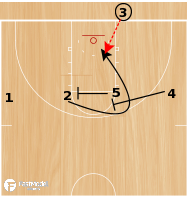 Really good BLOB set that I scouted opponent use last season. This set has many options to get a good look to score. See More

Baylor ran this BLOB set in the 1st Round of the 2012 NCAA Tournament against South Dakota State. Multiple options out of this set with a PNR action, post entry, or reversal for a 3-point shot. See More 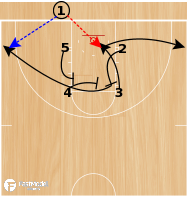 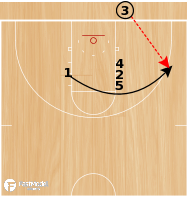 This is a last second play that can also be used at the end of quarters in high school. One of our opponents ran this BLOB to perfection against us a couple seasons ago. We did not defend the action very well and gave up the open shot in the corner to lose by one point. See More 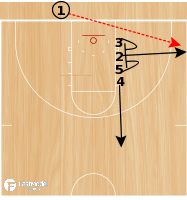 Here is a quick hitting BLOB set that one of our opponents ran against us two seasons ago. If the shooter does not have the open shot in the opposite corner coming off the double screens, he can then look inside for a post entry. See More 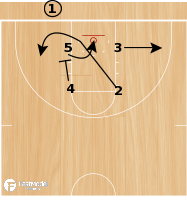 This is a baseline out-of-bounds play run by Bill Self to catch opposing teams off guards and help his team gain momentum. He has ran it for Ben McLemore and Andrew Wiggins in the past. See More 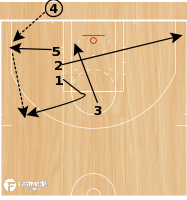 Rick Carlisle runs a very nice Baseline Out of Bounds set to get a look for a shooter in the corner. See More 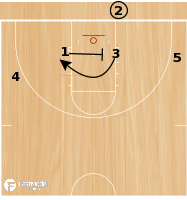 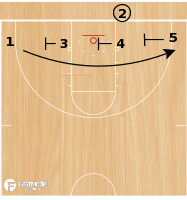 Tennessee-Martin 4 Low. UTM coach Heath Schroyer drew this BLOB set up for the game winner against Eastern Kentucky to send the Skyhawks to the Final Four of the CIT. The Skyhawks had the ball with 6.3 seconds left down 2. Marshun Newell (2) sets to inbound the basketball. The set begins with the first option which is a triple stagger for a guard coming from the opposite corner to the ball side corner. After he was covered he cleared toward half court. Chandler Rowe (5) is the final screener. He opens up to catch the entry pass just inside the 3 pt. line. After the catch Newell sprints in to take the DHO and hits the game winning 3 from the corner. See More 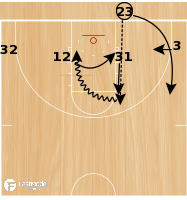 Wichita State ran this play against Indiana for their first basket in the NCAA tournament. Ron Baker ripped the ball middle and drove left for the finish, but he also had Darius Carter posting up on the block as an option. If you are looking for a postup, having VanVleet screen for Carter would create a mismatch if they switch the screen. VanVleet could then cut off a screen from Cotton to the wing to still create a lane for Baker to rip and drive left. 23 - Fred VanVleet 31 - Ron Baker 3 - Evan Wessel 12 - Darius Carter 32 - Tekele Cotton See More 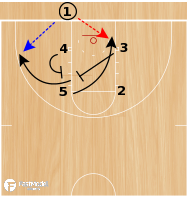