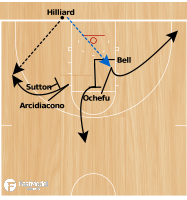 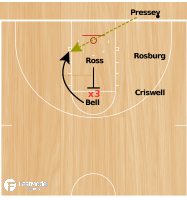 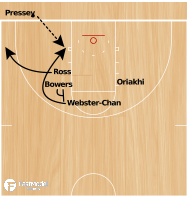 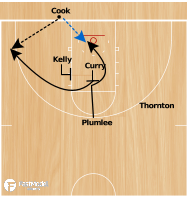 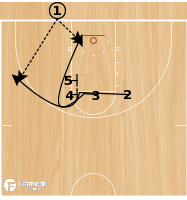 This set was run by Marion Military Community College in the 2011-2012 season. This set is designed to get a lay up for your best slasher, or a three point shot for your best shooter. As your three man is coming off of the elbow double stack, he has to read the defense. If they trail him, he curls off of the double stack for a lay up, if they go under, he cuts for a midrange shot or three point shot. See More 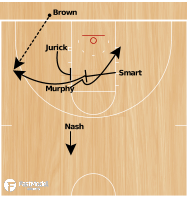 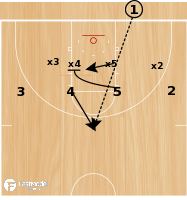 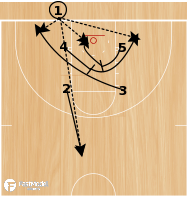 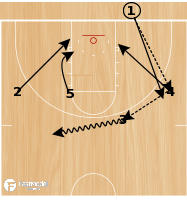 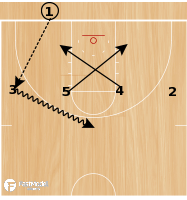 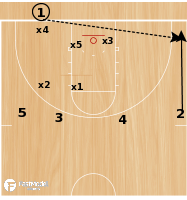 Cut hard and read the defense. Have your best passer inbound the basketball and don’t stare down the receiver. Even if you don’t get the basketball make sure that you cut hard and draw the defense. Inbound plays don’t have to be super complicated just cut hard and be ready to shoot if you are open. Don’t just look to get the ball in. Try to get a good shot off of the inbound play or get right into your offensive set. This play is from the 2005-2006 Duke season. See More 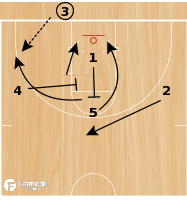 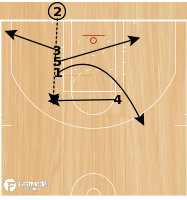 Great inbound plays get a shot off of the catch or they get right into an offensive set. For this play you want a bigger player taking the ball out so that when they catch the ball in the mid post they can raise up over their defender and get a shot off. See More 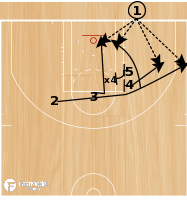 As a coach you should be looking to get 4-8 points a game off of baseline out of bounds plays. Don’t just settle on getting the ball in. Either score right off of the inbound or get the ball in and immediately get into your offensive set. See More